Starting the journey of setting up a VPS and a VPN. Never done it before so I am going to document this step by step here with questions that pop up along the way.

With IONOS I am paying $2 per month for a basic ubuntu 20.04 server. If anyone has suggestions on a good VPS hoster that they have experience with perhaps you can post them here. IONOS takes paypal for payment which was nice. My site was set up in minutes. So I am doing the happy feet penquin dance now.

NEXT STEP - is installing Wireguard, which is what brings me here, and what I am going to need help on.

I was able to install it either from the script or the library, not sure which one actually worked, but the problem I am now having is that the program does not show up in the library. The system is telling me that it is “sandboxed”.

As you know baby penquins can barely waddle on the ice, so I am really worried about venturing into the sandbox. Any help would be appreciated, and of course I will waddle on and see what else I run into and document it here.

Today I was able to connect to my VPS!

I’ve been trying to follow onemarkfifty and realized that I needed to be actually connect to and log in to the VPS. I found the following set of instructions which helped me a lot. 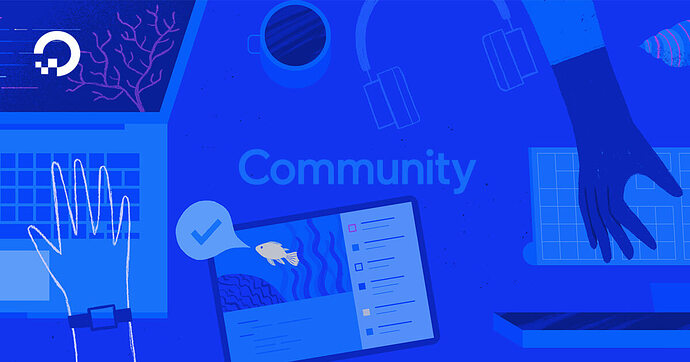 When you first create a new Ubuntu 20.04 server, you should perform some important configuration steps as part of the basic setup. These steps will increase the security and usability of your server, and will give you a solid foundation for...

I was able to do the following:

So now I can log into the server and look at a black screen! Hey that’s progress.

Still stuck on getting wireguard installed on my local machine. Need some help on that please. It is “sandboxed”

If I get it wireguard installed I can continue the instructions from our good friend onemarkfifty.

Any help would be appreciated. Specifically I need to know how to install wireguard and get it out of sandboxed mode.

Well, here is an update. First of all, sorry about the noise I was making about Wiregaurd being “sandboxed” Baby Penguin Sounds - YouTube

I decided to push on since I don’t think that anyone knew what the hell I was talking about, I was just making noise like a frustrated penquin, see video above.

So I decided to soldier on with onemarkfifty’s video and realized AT THIS POINT WE NEED TO INSTALL WIREGUARD ON THE HOST COMPUTER, THE VPS, NOT MY LOCAL COMPUTER.

Next step is to finish onemarkfifty’s video about adding peers. Once this is done, there is another video from onemarkfifty that shows you how to set up browsing etc on the VPS.

So happy I have made it this far, I’m just nibbling away at this. The more I do on this the more this comes into focus. Good luck to you if you are trying the same thing…

Friends, in my last post I was hoping that onemarkfifty would help me figure out what to do with the VPS/VPN but could not get it from the video.

The next step is to get Wireguard working on my local computer. Below are instructions that I got from the Mighty Vasileios. Thank you so much sir. I followed them and TADA…I have Wireguard Gui installed on my local machine.

As I completed the instructions from Tilix, I pasted them into the terminal one group at a time, and paid attention to any error messages that appeared. For example my version did not have a certain command enabled but Linux suggested how to enable the command, then I reran the section again until there were no error messages.

Next step tomorrow will be to actually use wireguard and see if I can set up the VPN connection.

Below are the instructions received from Vasileios

Since you have your VPS (I assume it’s an Ubuntu server), the remaining process is quite simple.

First, from your Ubuntu/Mint installation, open up a terminal and install your WireGuard VPN:

Also, you will need an FTP client to retrieve the configuration file from your VPS server. You can install Filezilla from your software center or the terminal:

(If that doesn’t exist, it should be on the SNAP repository, in which case it’s sudo snap install filezilla)

Since I haven’t used WireGuard personally, I’m not sure if it comes with a graphic user interface. If it doesn’t, type (in terminal) man wireguard so that you can see all of its accompanying options. However, I found the option to install WireGuard GUI (Graphic User Interface) here:

So, Wireguard is the latest sensation in the the VPN world. It’s got the best of the best you can think of when it comes to VPN performance, security, ease of connectivity and power saving. All new distros support it. Unfortunately, there is no...

The video to install WireGuard VPN onto your VPS server is here: I’m new in this subject, set up a VPN in a VPS?
Is it better than simply using a VPN service with different servers?
There should be an advantage I didnt realize yet to routing your internet traffic to one external IP only.
Thanks

I now have my own VPN on several VPSs. Here is why I love having my own VPNs.

Why do you need a vpn on a vps?

For me, mostly for saving money, privacy, and security.

Guys, I was able to set up wireguard, as a newby it was very difficult for me.

Once I got it done, and I flipped the switch in wireguard I lost my internet connection.

I think I got ahead of myself with this and have decided to let this sit for a few weeks.

I really need to understand better what the point is, for using the VPN. What I thought it meant was that I could browse the web through my VPS site without people spying on me, but alas, I am a bit lost. I hope that I learn more about this soon but I have tabled this for now. Any perspective you can give would be great.

Hi Nestling, thank you for writing out your VPN journey. Can you clarify how exactly you did #3 “I copied the script from onemarkfifty’s github?” Did you copy all of that code together at once and paste it into the terminal and run it, or did you do it 1 command at a time? Sorry but I’m a total noob here.

As I recall the onemarkfifty script just ran and ran well.

The tilix script was one that I had to post a little bit at a time.

Sorry to say, I am totally stalled out on this. I think I got everything installed correctly, and if you follow the instructions above you get a nifty little on/off switch in your “network” section that you can turn wireguard on.

Where I am at currently is that I can switch it on, but then loose my internet.

So I am missing something. I’ve decided to let this sit for a while and perhaps someone else will find a more elegant path to get there. Let me know how you get along because you might get it this working for you and might break the log jam for me!

I asked for clarification on what a VPN does and got some excellent help from Will which is posted below. This was helpful for me.

A VPN is for your privacy while browsing the web. SSH is secure even if you are not using a VPN.

We will eventually be covering how to set up your own VPN. The next video of mine coming out will show how to set up security on your private server.

Here is a video about the basics of VPNs. @LibertyMom , this script I found for OpenVPN (wireguard was too hard for me) was very easy to set up. 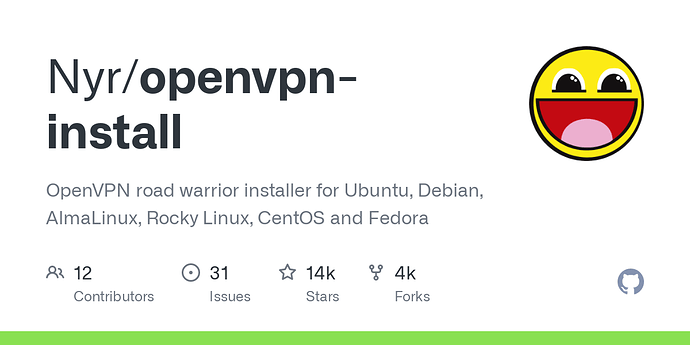 SSH into your VPS then copy the commands from there. This produces files for client devices to copy to.

Here is an example of the process. 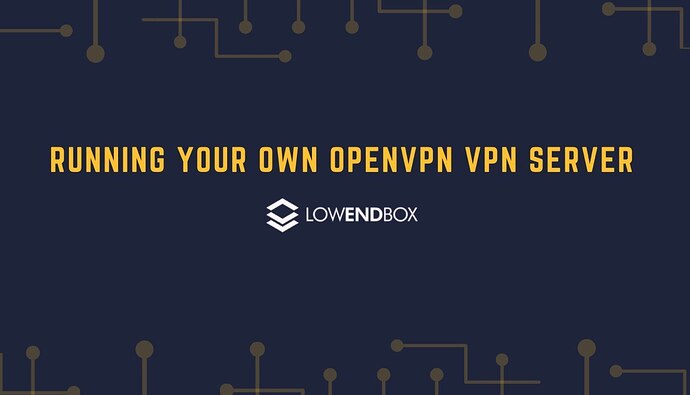 Running Your Own OpenVPN VPN Server

Setting up your own OpenVPN VPN on both server and client is very easy to do.  In this tutorial, we’ll walk through setting up an OpenVPN server on a VPS you own, and then configuring Windows and macOS to connect to it. I’ll be using a Debian 10...

However, per Vasileios’s suggestion, choose 1.1.1.1 for name server because it’s not from the big G.

Thanks for the information on Wireguard GUI. Too many of the videos I found use the command line, and that was driving me crazy. I’m stalled out at the moment, but will keep trying.

@Jenny8675309 Nyr’s OpenVPN script is super easy to use, I have to guess the WireGuard script would be the same. My biggest confusion was how to set it up on a Linux machine. It turned out to be easy to go to Network Manger (I’ve only used Ubuntu so far) and import the file the script made for you. 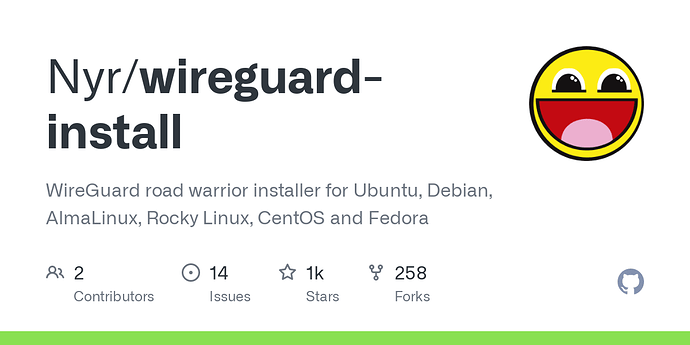 Hope you will soon be enjoying your own VPN as I do.

@Ai Thanks for the script link! I got the server set up with the Wireguard script and installed the app on my phone, scanned the QR. I’m golden! Wireguard is installed on my desktop, but I don’t see a program in my Applications. Can you tell me how to run traffic from my desktop through the VPN?

I don’t know… my desktop is super old, I had to go with OpenVPN instead.

Assuming you have a Mac, not having WireGuard in your Applications folder may be an issue, since that is were apps are activated… Here is the video for Mac OS maybe it would help… WireGuard Installing On Mac OS - YouTube

Near the end of the video, you will see how you can control your VPN from WG’s logo on the top right corner.

If you get frustrated with WireGuard like I did, remove it from the server with the script you used, remove the apps from the phone and desktop. Switch to OpenVPN with the OpenVPN script from Nyr.

I am very happy with OpenVPN’s client interface, easy to setup and use, a better choice for a newbie like me.

In either case, I hope to hear good news from you soon!

Thanks so much! You’ve been a great help.

Guys, finally got my VPN working after the two courses from Wil and Vasileios in the class. Will walked through how to create a server and harden it. Vasileios went through installing the VPN. Here is a summary of the key steps.

Glad to have this done. These are the major steps and it works great once it is installed.

Hi,
I’m struggling with getting WireGuard onto my Mac Desktop. So, I’m thinking I’ll switch to OpenVPN now too, as it seems like its easier from the posts in this thread. Just wondering if anyone knows which workshop # Vasileios shows how to install it etc.