Microsoft is a pain when it comes to installing windows on a different computer so I was wondering if it would be better to run windows in Linux or Linux in windows using a VM? I know I need to register windows if I keep using it so the question is will the registration key work if I change to another Distro and will the windows even get to be registered with Microsoft inside Linux.
Windows is 100 dollars or more to purchase so I don’t want to lose that much to try it out to see if it will work.
Windows 10 is running inside Linux on a VM and some of the features are not available but I figure sooner or later they will want it registered.
Linux in Windows or Windows in Linux? What is the best option?

Try running wine in linux and running your windows programs there without a VM. look at VMWARE or parallels how to close your windoz system into a usuable vm on FOSS

I generally recommend running Windows via VMware from within Linux - as it seems to be working quite nicely - at least in my experience.

That is what I am doing now but if I have to register the program will it be possible to remove it when I want to and reinstall on another computer or in the VM again? Do you have any experance doing this? That is what I like about Linux, I can remove and replace without calling a company.

If you’re talking about VMware, yes, you can install it on as many systems as you want without an issue.

If you have a license of Windows, the moment it installs on one VM, when you delete it, you can always install it on another VM and it will pick that one up as a licensed copy.

I might go ahead and try that, I just didn’t want to contact Microsoft if I didn’t have too. Thanks for the reply.

I installed Virtualbox in Zorin Pro and installed Window 10 and it works great. I was able to install all my programs and even PCMatic, which I might not really need but why not? It runs better in the VM than on the computer alone. Virtual Machines are the way to go.
Windows hasn’t asked for me to register it yet.

I installed Win10 inside VMWare on my Mint system, but when I try to load it up, all I get is a quick flash of a message before VMWare closes. I can’t run it. It took a few tries to catch this screenshot of the message (it closes very quickly). What is causing this? 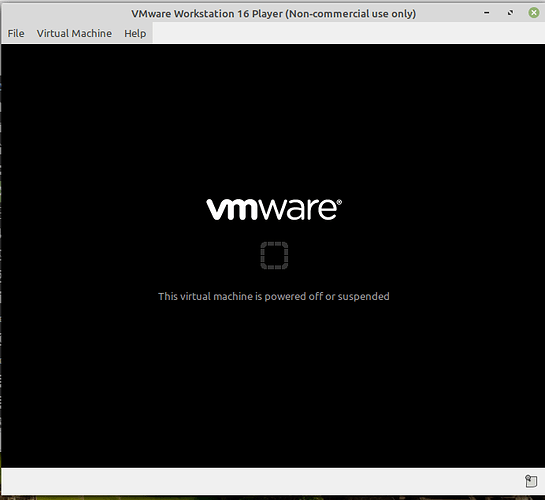 Hey @PrettyGranny!
Something must be either off with the virtualization part, memory, or the graphics drivers for you to be getting this issue. I’ll need a bit more info to help with the troubleshooting. First, let’s install inxi if you don’t already have it. Open up a terminal and execute:

And please send me its output so that I can see the specs of your system.

Hi @vasileios, thanks for your prompt response! Here’s what I got: 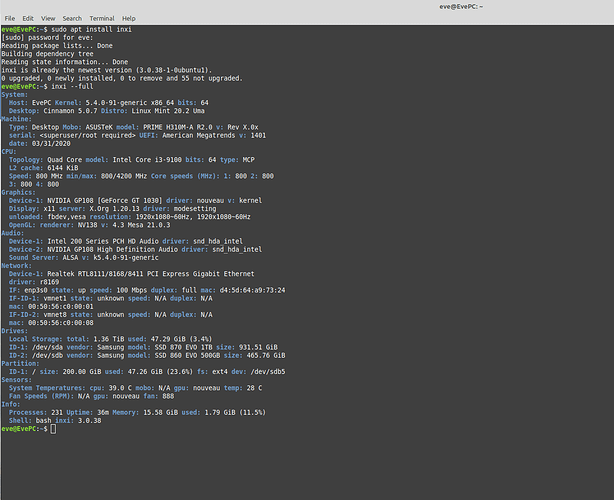 Hey @PrettyGranny!
You’re very welcome!
I see what might be causing it. Your system is running with the Nouveau/ModeSetting driver, which I suspect is the reason as to why your VM is “shooting down” your Windows VM. Can you open up your start menu and type in “Drivers” and then select “Additional Drivers”?
It should come up with other options for your graphics card. Select the tested Nvidia ones (version 470), then reboot and try it again. You can always revert back to the open source drivers if you’re feeling uncomfortable with having the proprietary graphics drivers installed.

You can run windows 10 indefinitely without a registered license. It may show a watermark on the bottom right corner of the screen to remind you to activate Windows. You also can’t customize the appearance of the desktop. But not any reason to pay for a license.

I have followed your directions, but I’m still getting the same results. I include a screenshot of an updated inxi report. Now what? 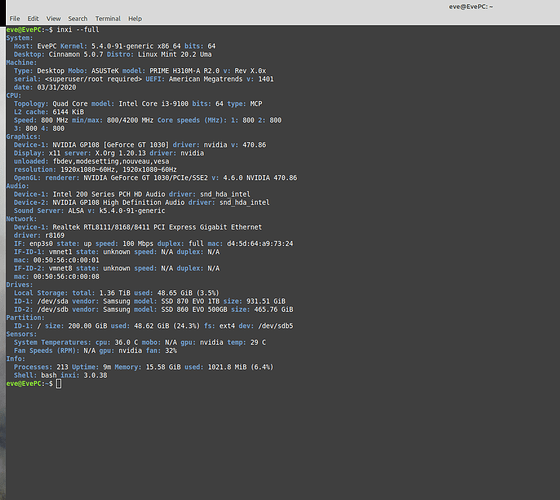 I find that quite interesting. Before we check the VMware settings, open up a terminal and execute the following command:

This will secure that all the available devices are up and running, in case there was a recent kernel update.

After that is done, check with VMware again.

Further update. This morning when I started up my computer, the new graphics drivers gave me awful results. Suddenly only my secondary monitor worked, in lower resolution than normal. I tried tweaking the settings, but it couldn’t even find my better monitor. Restoration of the Nouveau/ModeSetting driver corrected this.

Yes. That’s because when you’re using the Nvidia driver, you can correctly setup monitors via the nvidia-settings app. That’s the one that overrides all other monitor setups.

Per VMware, can you try to create a new VM and install Windows there? Perhaps there was a kernel update that may have tampered with the devices’ configuration that VMware uses.

I switched back to the Nvidia (version 470) drivers, installed nvidia-settings, and ran it, saving the configuration with 2 monitors, with the desired resolution and all. I should add that at the moment, after a restart, my system looks much like it did last night; good resolution, 2 monitors, etc. It was only after the system was shut down overnight that I had display issues, so now I don’t trust that it won’t happen again, but we’ll see.

With regards to VMWare-Player, I deleted the Windows 10 virtual machine, then uninstalled VMWare, and reinstalled it using a fresh download of the version shown on your tutorial, which was an older version than I had been using. Once it was installed, I added Windows 10 - but I’m still getting that same issue! Now what?

I know this is a mundane question, but were you able to fully install Windows 10 via its ISO?

VMWare shows it as installed, but it did install pretty quickly - much more quickly than I ever remember Windows installing in the past. Is that normal in this instance?