I was able to get Virtual Box loaded onto my MacBookPro (needed to upgrade to Monterrey, even though Oracle said it would work on Catalina).

However, I can’t get Ubuntu to load. According to the manual, the first time I go to load a virtual machine, the start-up wizard should launch so I can tell it where the iso image is, but I’m not getting a start-up wizard. Is there a way to manually trigger the wizard?

First question, did you install VirtualBox from distro repo? Or did you get it from Oracle/VirtualBox directly by adding adding their repo in(this is the suggested route as the “extensions pack” from Oracle will not work with distro versions of VirtualBox. 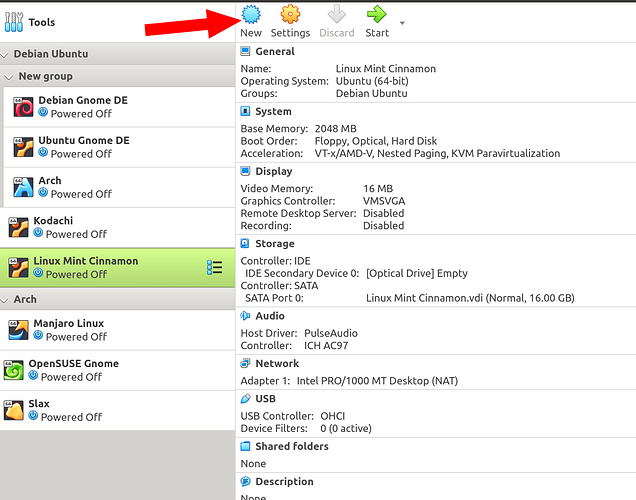 Ahhh … I downloaded it from virtualbox.org. I’ll uninstall and try again straight from Oracle.

I just saw your reply. In the meantime, I uninstalled and reinstalled the program. I also downloaded the extension pack, but I don’t know what to do with it.

I’m getting the same error as before: ‘Kernel driver not installed. Make sure the kernel module has been loaded successfully.’

Trying this now: VirtualBox kernel module is not loaded - How we fix it!

Update … wow! That was all waaaayyy over my head.

ok. lets take a step back here. you said you installed VB from oracle, .deb or added their ppa to you repo list?

To clarify, I’m now a grandmother and while I’m still pretty sharp, my learning curve currently resembles a country lane rather than the autobahn of past decades. I’m brand new at this and am simply trying to get Linux into my laptop so I can take it for a test drive; once I’m familiar with the gui, then I can begin to learn what’s under the hood. I so appreciate your help and guidance, but I need the information as if I were a five-year-old, as Dr. Frank says about election data - I need it described with crayons.

I installed VB from Oracle, downloading from virtualbox.org. I also downloaded the extensions, but have no idea what to do with them.

I searched in Finder (after looking up what a .deb is) and don’t seem to have any on my computer. I have downloaded Ubuntu, a Garuda distro, and Umbrel to play with, but VB can’t seem to find any of them.

I searched the internet to define ppa, but I don’t think you meant Professional Pickelball Association or Professional Photographers of America or primary progressive aphasia, so I’m stumped.

I did figure out what repo list is (not a list of cars to be repossessed!) and have no idea where to go to add a ppa to it. Is it something I’d do in terminal on my Mac?

So, not knowing what a ppa is nor how to add it to my repo list or even where to find a repo list on my Mac, the answer is no, I didn’t do this.

Ah, ha!!! This fixed it! I’m getting the start wizard now.

Now I have to figure out the answer to the next question it’s asking, but I’m making progress.

Okay, I seem to have Ubuntu running, but it’s the terminal (command line?) window and not the gui.

What’s my next step?

Not a problem. So “Monterrey and Catalina” are MacOSX versions I take it?

Can you drop some screenshots or cell pics so i can see what you are hitting a wall on?

I did some poking around today and figured out that I needed to copy the .iso into the vm hard drive folder in Finder. That got Ubuntu to load in VB, gui and all (hooray!!!), but it’s not really doing anything; I could click on apps (although nothing really happened); and when I hovered my mouse over an icon, I got a flyout window that told me a bit about what I was hovering over, but then all that stopped (and it’s teeny, teeny, tiny on my screen - very hard to make out what’s going on). Do I need to copy the extensions into the vm hard drive folder, too? <edit: well, that didn’t work>

I just clicked on the extension package and they installed. I’m firing up Ubuntu. It’s now installing into the vm. I’ll let you know if it hangs up.

Ubuntu runs for a little bit, but then it keeps restarting. I’m bushed so I’m calling it a night now, but more tomorrow.

The extensions, simply execute the file and it will locate and install itself within virtual box.

As for the tiny screen, depending on your resolution(I’m running 1920x1080 i think) ave i have vms running at 1360x768. You will have to set that in Ubuntu add Virtual Box will adjust accordingly.

I’m not sure about it shutting down. Memory? How much does the Mac have and what did you allot to the VM? Graphics memory for Mac?

“The extensions, simply execute the file and it will locate and install itself within virtual box.”

Reply: yep, got that done yesterday.

“As for the tiny screen, depending on your resolution(I’m running 1920x1080 i think) ave i have vms running at 1360x768. You will have to set that in Ubuntu add Virtual Box will adjust accordingly.”

“I’m not sure about it shutting down. Memory? How much does the Mac have and what did you allot to the VM? Graphics memory for Mac?”

I went along with VB’s typical settings. I changed to virtual hard drive instead of the typical setting (can’t remember right now what that was). I may try again with the other options. Advice would be appreciated.

Here are a few screen shots of various settings and error messages I got this morning. 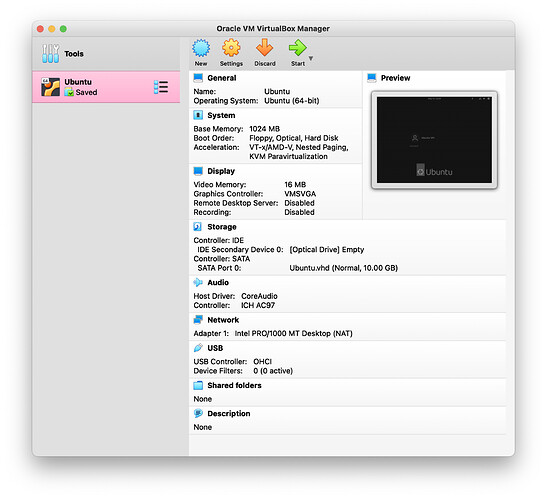 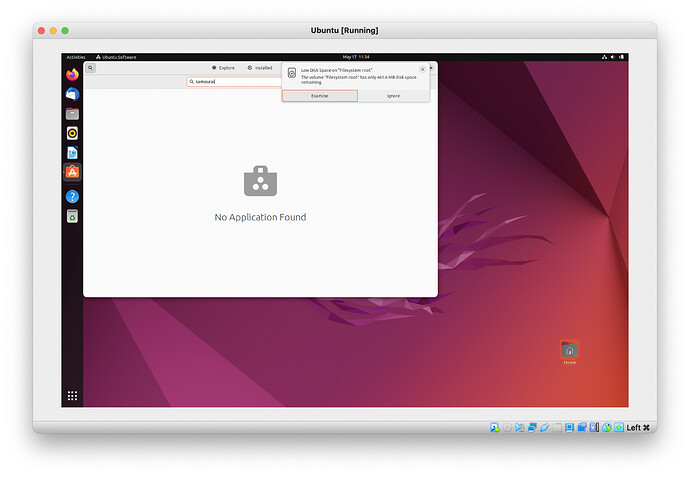 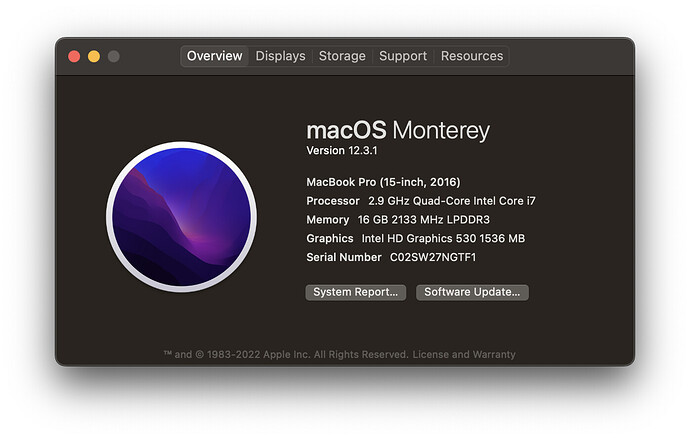 I would suggest utilizing say 4gb memory for the vm at least, you have 16 on your host so that should be sufficient. 10gb virtual drive should be adequate. Let me know if the allotted memory increase sizes it(you may have delete and rest up just adding more memory) I typically allot 4GB ram and set 20gb virtual drive.

I set up a new vm with 4gb mem and it seems to be working well now. The virtual drive size is set dynamically, so it’ll increase as needed.

Thank you so much @MrDeplorableUSA. You’ve been very helpful.

Can you provide a link to some of the steps you took with your macbook pro? i’m just getting started on the journey! Thanks!

Hey @caroo and welcome to the forums!
Which model do you have (as in year and available RAM)? Also, are you looking to install only Linux or are you looking for a dual boot system (macOS & Linux)?

I’ve been most of the day trying to get Mac in Virtual Box, I have Win10 and Kali, no problem but every Mac boot disk I have results in a shell waiting for a command. I have yet to find that command or a suitable converter for .dmg>.iso. Has anyone run across this?