I loaded Ubuntu but want to change to Budgie. How can I do that without reloading OS again?

You can try to install the Budgie Desktop directly. Hopefully, there will be no settings conflict. However, it won’t hurt to try.

Open up the terminal and type:

Once done and there are no errors, reboot. Before you login, look for a small icon (round) in one of the corners. Once you click on it, it will show you a list of the desktop environments. You can select “Budgie” and it will log you into that Desktop environment.

Generally, a distro can have multiple Desktop Environments installed, but some combinations can produce some conflicts. So, you can give it a try.

Thank you Vasileios. Unfortunately it didn’t work. I’ve attached a screenshot of the results. 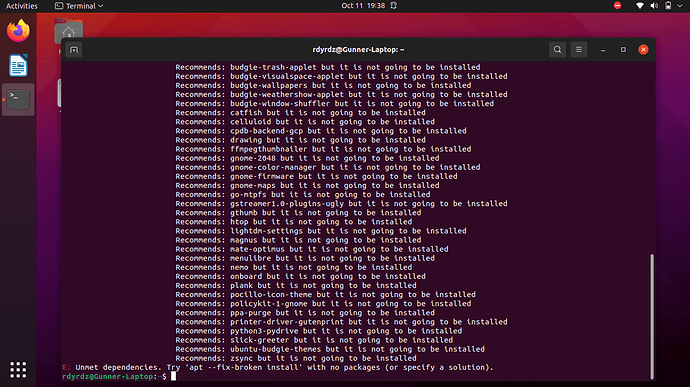 You’re welcome! Let’s see if it’s feasible before we go to the last resort.

Please let me know if that works.

Will these scripts work if I am switching from Mint to Budgie?

Hey @Nestling!
It would depend on which Desktop Environment you are. I guess you’re on Cinnamon? This could work to your advantage, as both Cinnamon and MATE are forks of Gnome 2, while Budgie is based on Gnome 3. What I mean by that is when you try to install the MATE Desktop Environment while you’re running Cinnamon (and vice versa), you will encounter a few conflicts - but it can be done.

However, this doesn’t tend to be an issue when you’re going from a Gnome 2 fork to a Gnome 3 based Desktop Environment. Yesterday I installed the Budgie environment on my Ubuntu (with the Gnome DE) and it went through without a blink.

Which makes me think that yes, you can shift to Budgie, especially since Linux Mint also uses the LightDM login greeter. However, the main question is if Mint itself hosts the Budgie environment in its repositories - or is at least connected to repositories that do.

Run the following command to find out:

If it produces any result, please paste it here.

LOL! No worries, my friend!
The apt search is to offer a general idea. Here are the results it pops in the Ubuntu distro. 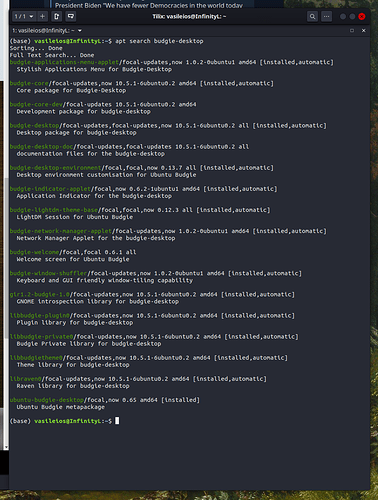 The last one is the actual installation target.

This is what my Tilda terminal spits out for each:

Gotta say, I like the output of “apt search” better. lol

LOL yup! It’s more well structured on Mint and quite chaotic on Ubuntu!

So I don’t mean to intrude here, but may I ask if I am on Ubuntu Mate and want to switch over to Budgie, would I need to uninstall Mate then try to install Budgie? I am on a Macbook Air 2014 I7 8g ram. thank you

Hello @Tracy!
One thing you can try - and see if there’s no conflict is the following command, via terminal:

If it produces no errors, then this means that the next time you reboot, you will have budgie available as a Desktop Environment. It’s option may be hidden in an icon to the bottom (or top, I can’t remember at the moment) of your screen. But it’s doable.

So glad I saw this thread! I had already downloaded the Budgie distro intending to install it on a separate partition on my 2007 iMac that is running Mint Cinnamon. Having the ability to switch the UI at login is WAY better. Thank you, sorry I didn’t get right back to you. I need to start a separate thread on some stuff I have noticed that might be just Mac issues

This is a great idea so I can actually look at it before I commit. I hadn’t thought of this, duh

@vasileios hi, I just got to trying this. Got to the 99% installed and it said I might be missing some firmware. I am currently on Ubuntu Mate 20.04. Not sure what I should do here. Incase you are wondering I put the instructions on my ipad so I can see them, my old brain sometimes can’t remember it all 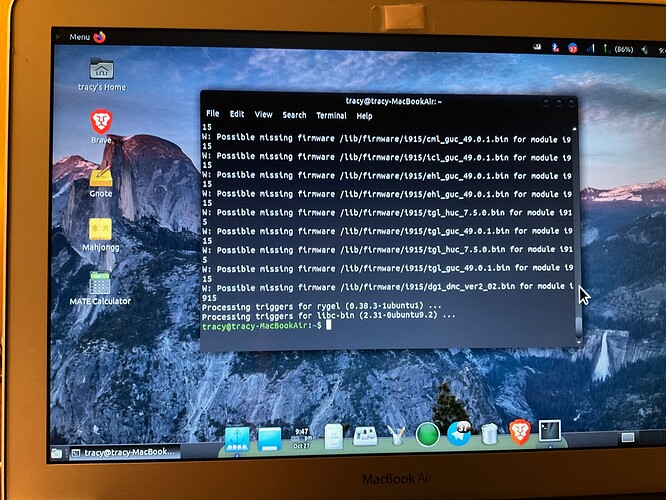 Feel free to make a monument of them where the sun never shines! Every now and then these kinds of messages tend to appear because they are part of the default Kernel. However, since the OS did not detect them on your system, the installer did not generate those specific modules.

I had the same issue when I installed CentOS back when I was in Greece. There were only two firmware files, but it bugged me. I went on a digital hunt to find them and the result was - you guessed it - absolutely nothing!

From the moment your system functions as it should, you don’t need them at all! Besides, it’s a single device firmware.

Edit: I just looked it up. It’s a firmware for a processor you’re not using. Unless it’s bugging you, these have zero effect on your system.