Hi All, i have a 16 gig Mac Pro with everything on it! (Yes, it is backed up to an external drive.). I also a relatively new Windows pc that has not really been used. Am also an avid iPad user and have an iPhone. I want to start with one. Probablythe unused PC. Am thinking Mint or Ubantu (spelling?). Any recommendations?

I like the newest Mint with cinnamon. I haven’t tried any other distros yet. try them both out with a dual boot on the windows PC maybe even a multiboot including keeping windows - until you no longer need it. Just my $0.02.

I would second @BigDaveAZ in his recommendation for Linux Mint Cinnamon. It is very stable and user friendly. It also puts less stress on your machine than Ubuntu, and is very quick. A lot of people have been reporting that it has brought new life to really old computers. On a newer machine, it would be blazing fast!

Since you’re a Mac user, I’d highly recommend Ubuntu Budgie. What @SBHX and @BigDaveAZ said is very true. However, Mint Cinnamon is mostly for Windows users. Ubuntu itself is more of a Mac approach via its Gnome environment. However, yes, Gnome is the most demanding in terms of resources.

Ubuntu Budgie is lighter on demands, and you can always install Plank to have the Dock experience that you’re used to on the Mac.

I was forced to move to Windows 3.1. At the time, I was an avid Amiga Workbench user!

My family’s first computer was an Apple II PowerPC. I remember sticking in a floppy to play Prince of Persia. Had no manual though, so just played the first level over and over again. lol

@SBHX and @gmanena you two were lucky! My first computer was the legendary (?) Amstrad CPC 464 with a staggering (

) 64K of RAM (with 42K approximately available) and an attached tape recorder.

Loading a game would take anything between 15 to 22 minutes! 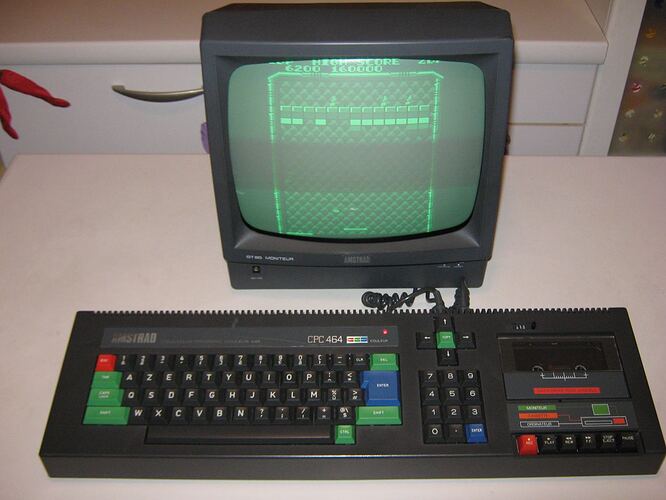 At least you didn’t have to do programming with punch cards like my dad did back in high school. Lol

Yup. I did a lot of programming and saving it on tapes. And if the tape itself decided to unroll… that was it! LOL 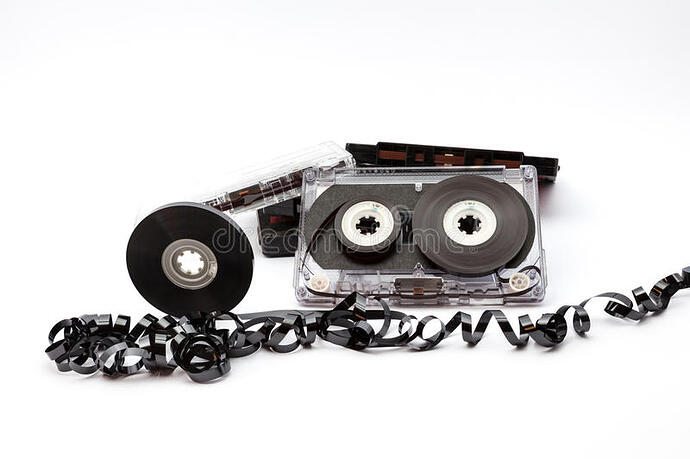 Man, its crazy to think how far we’ve come in only 70 years!

Wow will you look at that, priceless

Did Linux come from the old Unix?

That’s why my Ubuntu will lag … Takes a bit between programs. I went with Ubuntu because it was less like Windows.
Is there any way to help Ubuntu? Bigger hard drive more memory, support program or load Mint Cinnamon beside Ubuntu. What do you think of Fedora 34? Tried it too.

Generally, I highly recommend an SSD with Ubuntu or any Linux distribution. I’ve run tests on the same SSD with Windows and Linux. The sustained read-rates between the two operating systems (on a normal SSD, not an NVMe one) were 112MB/sec for Windows and 432MB/sec for Linux. Sustained means when you transfer big enough files to flood the drive’s cache (which offers the advertised “burst” speeds) and force the drive-OS link to be truly tested at the direct, real-world speeds.

I run Ubuntu on an NVMe drive at 3.2GB/sec speed, 32GB of RAM, and an RTX 2080 GeForce. The system functions at warp speed that Windows doesn’t even dare fathom. On a 4K screen, Gnome environment. That’s the system that recorded the latest LMS Workshop. It just sat quietly and recorded anything without the fan ever spinning. Via dedicated window and system audio recording.

Fedora 34 is great. I’ve worked on it for quite a while, though due to the bleeding edge tech of the new version of Gnome (and its Wayland protocol), some of the applications I use need to catch up. After all, Fedora is bleeding edge, close to the Arch distribution.

However, Gnome can be well configured to resemble a Windows environment as well. This is done via Gnome-Shell extensions. However, you’ll need to be a bit careful with them. This means that, yes, you can take the top bar and place it at the bottom and add a start menu. You can also bypass the default Ubuntu desktop icons and use the Neo Desktop Icons that offer more functionalities. One of them is to drag and drop files from and to the desktop from your file manager. This is not working from the get-go because of a functionality upgrade Gnome had the past few years - which didn’t favor desktop icons much (actually, it took them out altogether). This is something that the file manager (Nautilus) did not catch up to. The Neo extension bridges that.

Lastly, yes, you can install additional desktop environments. However, you will need to research which ones can conflict with each other. Some settings of one desktop environment can spill to the other, which can create a bit of a mess.