I’m an organist. I use an iPad (I know, Apple is Big Tech, but I don’t know anything else that will do what I need) to hold my music library, because with facial gestures I can play from it and turn pages hands-free. To get music into it, I have to scan it to my desktop computer, upload it to a cloud service - I use Mega - then download it to the iPad. The trouble is, the scanning software for my printer doesn’t allow me to straighten music that scans in slightly askew or crop music as needed. So I need a utility that will allow me to “clean up” scanned music by straightening it or cropping it. My desktop is running Mint Cinnamon. Is there such a utility out there?

Good Morning @PrettyGranny,
I am a flutist and struggle with page turns as well, I wasn’t aware of the Face Turn feature! I usually have my camera covered on my iPad. I have been investigating a blue-tooth device that OnSong recomends which is a floor switch.

I usually get the lead sheets from the Pianist or the cord sheets in pdf form as well. I have not settled on the PDF form either. I have been using OnSong for iPad as my Church Pianist uses this, then, she distributes the lead sheets which I import.

Occasionally I have to edit as well, so I will investigate this as well. Are you PDF’s generally just images containing in pdf form or are they something different?

Have you tried Adobe Scan on your iPad? I haven’t tried it on music, but it tends to create vector shapes of everything that it scans.

As a second option, you could import your scan into Inkscape (Linux) and trace it. This will convert the image into vectors, which you can straighten and manipulate. 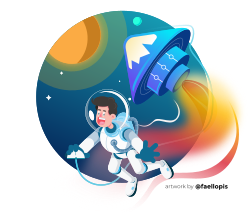 I can see where a flutist couldn’t use face gestures, just as I can’t use a floor switch at the organ (my feet are too busy!) I haven’t used OnSong, I use ForScore, and it works very well (although there was a learning curve to coordinate face gestures to turn pages). To use face gestures, I had to subscribe for about $10 annually. Aside from the “evil” of paying money to Big Tech, it’s totally worth it for me. I’ve used it for about a year now and my scanned-in library is growing rather large. When I replaced my printer, though, the scanning utility changed also, and the new scanning utility doesn’t allow me to straighten or crop the music I scan in before saving it. Badger is an iPad app that will do some limited editing, (I can copy pages, switch the order of pages, append documents together, and rotate pages) but not crop or straighten them. I really need this other functionality and hope someone will know of a program I can use.

I have inkskcape installed but haven’t played much with it - will give it a trye thanks Vasileios!

My pleasure, Caleb! As always!

On the strength of your recommendation, I downloaded Adobe Scan, but the photos I took were poorer quality than my printer/scanner can produce. In the interests of speed, I removed the binding from the hymnbook I needed to scan in, and that allowed me to get better results in the printer. As I have more time, I’ll try Inkscape. Thanks!

Indeed. Adobe Scan has to do with the camera resolution, so if you have a lot of detail, it’s going to be hard. As for Inkscape, i’d recommend you scan it at the best resolution you can so that you achieve a better quality when you convert it to vector.

Last but not least, one of my best preferences for PDF editor on Linux is Okular.

Thanks, Vasileios! I have downloaded Okular and have a lovely zipped file in my downloads folder. I have extracted the file to get a folder with the software program in it. Now the extent of my knowledge has been exhausted. How do I install it?

Thanks Vasileios! I just installed Okular (using the Ubuntu software installer @PrettyGranny ) and it is exactly what I needed to replace the functions of the “Preview” app on MacOS. Specifically, I often need to add text to a .pdf form and this works like a charm - even better than “Preview.”

The simplest method is to install Okular is to open up a terminal and type in:

That should do it.