Quick sets of messages during boot-up

On a dual-boot setup, which will soon be a single-boot, during the boot-up we’re seeing some sets of code show up on the screen for a quick moment. It’s too quick to really get a grasp of what it’s saying, but the boot-up always completes into Mint. Is it normal for a boot-up to have these lines of coding show up in the upper left corner? One moment has a blinking single cursor for a second or two.

The reason I ask is that we did a test run of setting up a dual boot and then removal of Windows on a 14" HP laptop with only 60GB hard drive, and that laptop doesn’t have the black screen with white lines of code for the moments during it’s boot-up.

I’m wondering if this is a case of just being an older HP laptop (4 years). Any ideas about this? Perhaps it would go away once the laptop is set to only have the Linux partition on it?

does the one that shows lines of code have a touch screen? I have one that does that and the lines of code are regarding the IRQ settings for something but my touchscreen does not work so that is my best guess as to what it is and I thought I would check on your situation. Mine is sttrictly a Linux boot no dual.Cheers!

Yes, it is an HP Envy with touch screen features. Interesting that you should mention that. Would you have an idea why it does that?

My touch screen does exactly the same thing. No idea why it happens, but the boot always goes through to Linux mint desktop without any problem.

famcoll, thanks for sharing as well. That would be the main difference between the “test laptop” and the Envy—the test laptop doesn’t have touch screen. So like you said, it goes all the way through, so it appears to be no big deal.

My 2014 MBA did that too installing, too fast to respond to for my old eyes. That was to a complete boot to a straight install not dual with no problems.

Hey guys - sorry I have been out of commission. I believe it has to do with needing the corect drivers for the touch screen. I believe @vasileios posted about it before. I will be doing more research in the future as I would love to make it work. If anyone finds it - please post it here.

What’s your system again? I deal with so many different ones that I probably forgot, and for that, I apologize.

Hey @DavidBorrink!
I looked up for your laptop, but nothing was conclusive. Normally, there are a few libraries that could activate your touch screen, but I can’t verify them from here.

Therefore, I would recommend an app that claims to be doing exactly that - and also activate multi-gestures for any touch devices you have. It’s instructions are pretty straightforward. 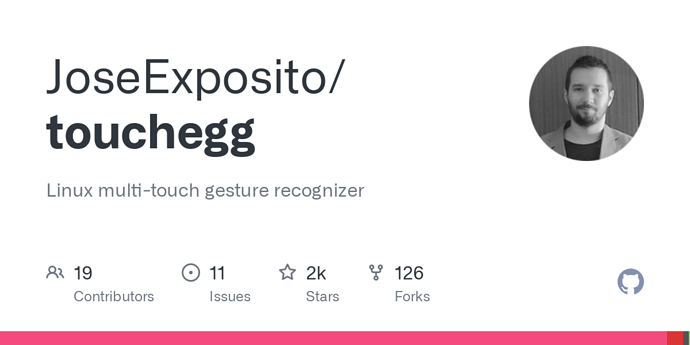 So are you saying that this would possible solve the “code show” during boot-up if these functions were added in?

Boot code alterations have saved me from a lot of pain in the past, since they can instruct the Kernel to prioritize, change parameters, or discard some modules altogether.

Keep in mind, I don’t have a laptop with touch screen issues (I have an HP x360, where the touch screen works perfectly) - minus my MS Surface Laptop 3 (AMD), which is extremely stubborn, even with a patched kernel.

Okay, well a reminder that the boot codes were my original question, that they even show up. So this addition should allow touch screen, and as a result have the boot codes not show up during the boot?

I can’t vouch for the codes not appearing. In the scenario they do, they can be hidden via the Plymouth app, which should normally begin. However, it is a bit of a process. If you wish to tackle it, this guide should give you a hand.