I have a neighbor with a used desktop computer he is getting rid of since it is now too slow to do video editing with the Adobe Creative Suite. I believe it is an HP that he bought in 2015-16. The specs are:

Would this computer be adequate as a test machine on which I can install and learn Linux?

What would the limitations of this machine be compared to the latest HP PCs?

Which Linux distro do you think would be best on this machine or which should I definitely avoid installing?

How much is this computer worth right now?
A comparable machine could be this one for about $300, though I don’t know what the hard drive is: 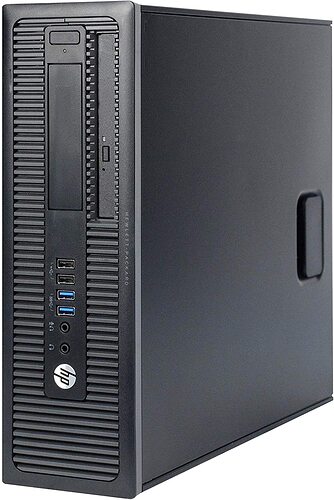 You can run pretty much anything on that. The distro and DE would your choice.
How over to distrotest.net and try some VMs, they have an enormous selection

I would note that it’s only to slow for Adobe Creative Suite BECAUSE of Windows.

Ok, thanks! I’ve been wanting to try Open Source video editors, so perhaps this machine has a lot of years of usefulness left.

No problem. That’s actually a pretty stout computer. The hardware may give some fits, but nothing a non-free firmware probably couldn’t get up an running either. Pick a distro, do a LiveCD and see if everything works. There are many distro that cater to video/graphics studios catered to much less hardware.

I’m test driving Ubuntu Studio now on distrotest.net. The computer drags quite a bit with Windows 10 on it so the demo isn’t that smooth, but I can open all the creative apps. I found that this computer has a 2TB hard drive.

If I install a distro and have some trouble, what would the non-free firmware do?

non-free firmware in a nutshell is proprietary hardware such as WiFi and video modules(drivers) for hardware that “true” FOSS distros don’t include when you install. They usually offer another like distro which will include the proprietary modules.

I had Ubuntu for a a number of years and they usually(include them during install at some fashion) but Debian does not by default. Usually takes a work around.

My next question, though, is about the checksum process. I watched a few videos about how to use Terminal and run the shasum256 command on Mac to verify the ISO file. However, there are also instructions on the Ubuntu website about using GPG verification. Are these two different kinds of verification? Do I need both or is the shasum256 process good enough?

I can’t comment on doing it from a MAC, but the checksum process is pretty darn accurate regardless of the system.

I’ve got Ubuntu Studio running now and it works great. I haven’t tried video editing on this HP yet, but so far so good. Thanks for your help.