Help! Mint has been working beautifully for weeks on a Dell Latitude 6530 business computer, but today it suddenly will not boot. When I turn it on the dell Logo appears for a moment, then two short lines referring to Una flash on for a second, finally the small round mint logo appears and the entire screen goes black. I got to the boot screen (F12) and did the diagnostic test. 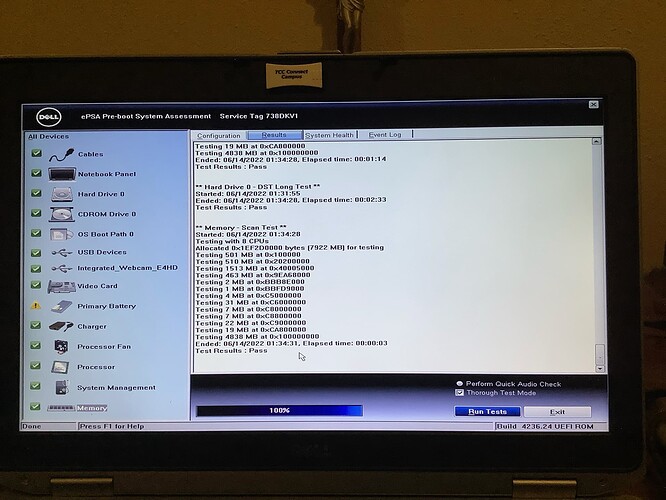 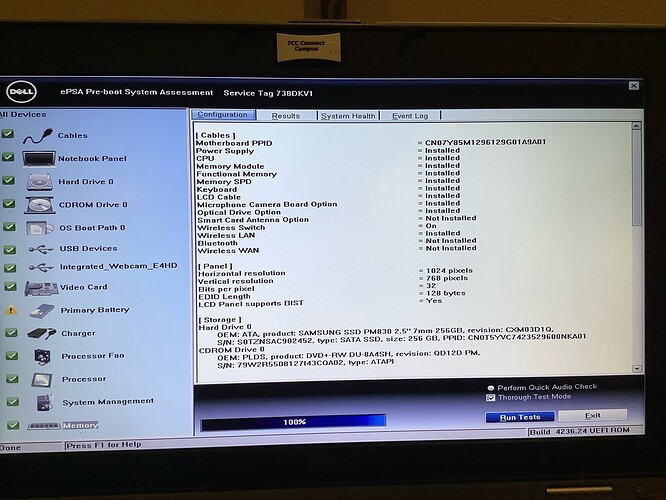 Now what do I do? Any help is appreciated.

Hey @Pam!
It would appear something has hit the Dells lately with an update. Yours is the second occurrence I encountered today. When you start the booting process (past the BIOS), hold down the SHIFT button or tap the Escape key to get to your Grub Boot Loader. Then select Advanced Options and select an older Kernel (should be 3rd choice). Does that help?

Thank you for answering, Vasileios. I realized after posting my dilemma that I’d not yet saved anything of importance, so I booted from usb to start fresh. It worked. I’ve not yet gone through the welcome setup. Should I continue or go from here to Grub Boot Loader and select an older Kernel?
Also, my son-in-law produces rodeo videos and has a couple of older MacBook Pro computers. What is the latest Pro that can be adapted easily to Linux? I homeschool his boys and wonder if converting these to Linux would be a good option. Any thoughts are appreciated.
God bless you and the work you do for us.

Hey @Pam!
Naturally, the USB works since it has the older kernel in it. First, try to boot into your grub and select an older kernel to see if it works. Once you get there, execute the following commands, just in case something went wrong during an update:

All the above are an overkill and it may not be a big of an issue. However, one of those could help. On the other hand, there might be nothing wrong with the update, in which case you can also try:

And then reboot and allow it to boot normally and see if that works.

Per your son-in-law, any Macbook Pro that was built prior to 2018 (without the T2 chip) will have an easier time switching to Linux. 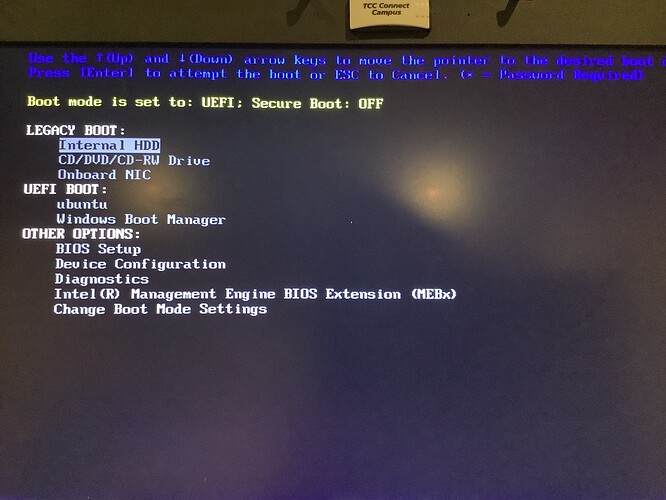 Vasileios, I am embarrassed to say that I did not see your June 16 reply. After the system began working well again, I literally turned to the other computers. Soon after, Bill (Mr. Deplorable) was working on a different problem with me and I left the Dell plugged in to the power supply with the computer turned off. My son had warned me that the actual battery was almost completely used up; I thought I could rely on the power adapter alone (and that may all be irrelevant).
I went back to this Latitude about a week ago. When I tried to log in a message flashed in the corner of the screen too quickly for me to read. The screen turned blue for a short while, the Mint logo appeared, then all went black. This happened several times. Today I fooled around and somehow got the above screen to appear. I took the photo then turned the computer off as I had to leave for a while.
What would you have me do if I can get back to this screen? Remember, I know VERY little… .
Thanks—Pam
PS
Mr. Deplorable was great!