Learn about snap issues and SLOWLY move toward another package system - need to get work done, too many tech issues to switch OS's again

Hi Gang, I seem to have created a SNAFU for myself after installing first Ubuntu 18 and then Ubuntu 22. There seem to be issues with the snap store and perhaps other package installers that I may have used. Not sure, I am still unclear how these various package managers actually work and also if they play nice together. I need to begin to untangle the issues that I have inadvertently created without switching to another OS at the moment. (or any apps that I can use to help me check my PC and see if there are conflicts, etc.)

Also been moving away from snap and now whenever I can use Flatpak on Ubuntu 22.04… I had to test them out one by one and if it breaks like crazy, I then just have go with snap or just do sudo apt…

Here is the link I used to setup FlatPak: How to Install and Use Flatpak on Ubuntu 22.04
You can search for apps here: Flathub—An app store and build service for Linux

Also, I use Gnome Software center which should help you find flatpak apps and keep them updated: 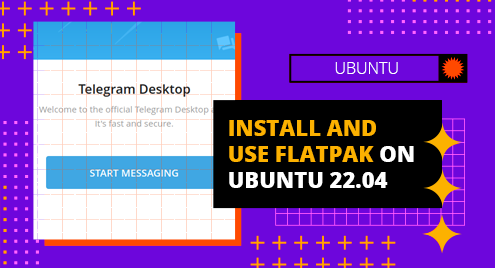 How to Install and Use Flatpak on Ubuntu 22.04

Flatpak is a packaging tool that allows users to install and manage packages on Linux operating systems with all of the package dependencies.

(I did not remove Snap Store, just ignoring it)

AppImage apps haven’t done well for me but always good to try since it might work better on your computer. https://www.appimagehub.com/

Now that I’ve been using Flatpak apps for a while, the only one that acts up is Audacity but usually not during sound editing so

Oh, I forgot about Telegram… using it in the browser instead.

Since you’ve already stated that you’re not interested switching to another OS your kinda in a snafu with Ubuntu as it is heavily tied in snaps including your desktop and these snaps are noted to bog down your system with a very poor shared library resources, in many cases installing their own libraries numerous times and they do not play with other package managers.

Another Ubuntu based distro such as Linux Mint is not tied down with snaps and has a much higher performance on same machines and would be my suggestion as to install as a dual boot and begin building it up to where you are at with out using snaps. Use only repo based application, maintainer ppa with sudo apt or Mints package manager or debs with dpkg and sudo apt for dependencies followed by dpkg again to complete the install.

It’s certainly time consuming when your trying to get stuff done but it is one of the reasons we try to steer folks away from snaps resource hogging and closed source programs(even though the same application is open source elsewhere).

I even prefer not to use flatpaks as well.

What are your thoughts on “Debian 11.5.0 with KDE …” I started with Mint Cinnamon, then set up a duel boot with Ubuntu and use this as the main daily driver …Ubuntu to go to LMS and check in here …read “my stories” and research linux and stuff. Jump back on Mint to do Home Biz and things. As I’ve progressed thru the LMS downloaded … Arch (sitting on the back burner …), Manjaro-KDE …, PoP_OS ( a love/hate thing) …was going to use PoP to host Vmware and load Debian as guest …now thinking about reversing the set up and putting Pop in the sand box…
and Thank You for your Service

Debian 11.5 is a strong stable system, no snaps. All though, packages tend to be older due to it’s stability.
There are hardware issues here and there due to their gnu statement however they are usually easily resolved by using the non-free firmware version(typically WiFi) or the isenkram package.

Personally, I have Debian Bullseye on 4 laptops and a Tower

Thanks very much for the detailed reply. I will likely get a newer PC at some point and install a “new” OS - like Mint, etc. that does not have snaps since I understand that snaps are notoriously challenging to remove and have them stay gone. Buggers…

I too do not prefer flatpacks per se but have installed apps using many installers sometimes based on my ability to find/get the app that I want installed. I seem to prefer apt and have found lots of help online with apt copy and paste scripts that have worked more often than not for my several PC’s that I installed Ubuntu on all. As I learn more and more categories in the Linux realm, I will become more consistent as I become more competent.

Too many tech change projects taken on at the same time. Leaving google email kind of kicked my butt cuz I chose a flaky email provider - live and learn.

I understand the drag of it. One benefit of using webmails is the storage, it is not local but server based and always available so long as you have internet. You can create as many Proton accts as necessary to avoid the pay side of it, including the VPN, drive etc. The only REAL downside is having to keep track of the many usernames/passwords for multiple accts. and no local application access. There are MANY alternative ways of accomplishing the google dump, including docs, next cloud etc.

I was very much a fan of Ubuntu up till 18 Snaps killed it for me, I was running ubuntu Mate and even my desktop was running under snaps while my wife and daughers Ubuntu laptops with Gnome were under snaps.

Debian, which Ubuntu is based off of, provides stable packages, albeit older then most and usually WiFi hardware can be a hiccup but always curable.

Take your time. create Proton mails for every aspect. I currently have my bank set to one of my proton aliases with no issues other then I cannot access my banking site while connected to a VPN outside of the US. I use one alias for “social networking”, another for mailing lists etc…