I’ve installed the KDE Plasma desktop and I love its versatility. One thing I’ve noticed is that the system tray doesn’t seem to have an icon where I can toggle to activate Wireguard. To do so, it looks like I need to connect to the VPN in Cinnamon before logging into KDE. Is there a way to do this from KDE directly?

I noticed this too when I installed kde-plasma-desktop on top of linux mint. I switched back to the Cinnamon desktop and it worked fine. I am using ProtonVPN and they provide their own Qt app. I also noticed that it didn’t act the same way and didn’t connect as expected. I am currently still experimenting with this. The most recent class on the LMS system for beginners talked about this and I got a tip from @vasileikon that you could install them together. I also found the way to switch between lightdm and sddm for the login screen. I am hoping to put together a post on this. If you figure out the vpn issue let me know too.

Hi @Caleb_Christian! I also found the command to switch from sddm to lightdm and I did that.

The only way I can figure out a fix to this problem so far is to have the VPN automatically start up when booting. I’m researching to see how to accomplish it. I found this site: 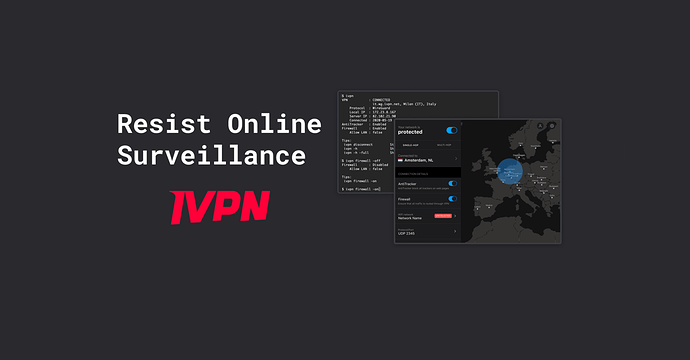 Linux - Autostart WireGuard in systemd These steps are mostly distribution agnostic and have been tested on Debian unstable and Fedora. Generate a valid and working WireGuard configuration file /etc/wireguard/wg0.conf. Our setup guide offers...

The commands didn’t work for me. I can’t find wg0.conf on my computer, but I do have a conf file for my VPS. I would rather have a working toggle switch, though. I use Protonmail and the site refuses to pull up when my VPN is switched on.

I’ll let you know if I have any luck! Good luck to you also.

Hi @Jenny8675309, I will keep working on it too, maybe between us we can get it working! Thanks for the link. I used the startup list as well to start the vpn. I also found that the “automatic login” in NetworkManager didn’t work so I have to login manually every time I boot. I’m still working on getting it fine tuned.

I did find this vpn-toggle that you can install as a widget. It didn’t seem to really do anything, but it was a good exercise in using the command line. I may have missed something. 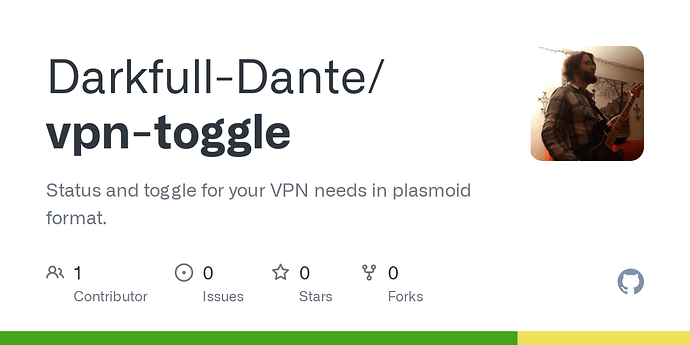 GitHub - Darkfull-Dante/vpn-toggle: Status and toggle for your VPN needs in...

I’ve nearly got this figured out. I added the “Networks” widget to my panel. It shows all my connections just like Network Manager does in Cinnamon. It shows my VPN server but said I was missing a VPN plugin when I tried to connect to it. I added a new connection and imported my VPN.conf file. I can connect to that instance of my VPN, but when I do I can’t connect to the internet. I’m definitely closer!

I can set up a VPN connection in the Networks widget on KDE Plasma. It adds a tab called “Wireguard Interface” and I can connect but I get no internet. My VPN on Cinnamon is displayed also…so I have two VPN instances listed when I’m in KDE Plasma. The original VPN does not have the “Wireguard Interface.” When I try to connect to the original VPN, it says I’m missing a VPN plugin and I can’t connect.

This is a good resource I used in getting this far: