Fear of the Unknown - and Urban Legends!

An urban legend , myth, or tale is a modern genre of folklore. It often consists of fictional stories associated with the macabre, superstitions, ghosts, demons, cryptids, extraterrestrials, creepypasta, and other fear generating narrative elements.

They used to be stories told back and forth, or passed on via hand written sheets of paper in the good old days before the Internet existed.

Now the Internet exists, it appears to simply pass on Urban Legends and Conspiracy Theories.

When you make the decision to escape Big Tech, you do so perhaps with only partial information; you know something is WRONG with the way things are being done, but you don’t know precisely what, and you have come here to make the switch, without having a full story of why. We’re here to help you, in baby steps, fill in the “why”.

Unfortunately, there are many who drop into the live chat room and also, drop “incorrect” information that they have gleaned somewhere, that contains only part of the facts about a particular story.

We aim to keep facts on the table. Not “Aunt Sally said don’t trust” some company because she read that the neighbors third cousin heard from a trusted baby-sitter, that the company was untrustworthy. Or any of the circumstances surrounding the whys and wherefores.

Of late, the biggest one has been “ProtonMail” and “ProtonVPN”. Ten to fifteen times per day someone comes in and either asks about Proton, or someone responds with “they are bad” with no information regarding why.

There are stories out there, and people only read headlines, they fail to follow through and read and actual article. Headlines are completely deceiving about most things these days.

Not only that but fearing the unknown is dangerous.

If you listen to anyone in the chat room who simply throws out a piece of information without any backup data, then you are falling for a lie. Whether it is a lie of omission or commission, it is still a lie.

If you read only a headline, pass that along as gospel, then you are breaking a very basic rule of research.

Please do NOT assume because someone in a chat room tells you something is good, or bad… ALWAYS TRUST YOUR OWN PERSONAL RESEARCH and read much and do not preconceive an outcome to your research. Remain objective.

Most of all, don’t be afraid of the unknown, instead face it, look at it, study it, and no longer will it be unknown.

ProtonMail is a secure email system and servers residing in Switzerland, and falling under very strict Swiss privacy laws.

Rumors of late have been spread of things like “FBI has asked for ‘Patriot email addresses and data’”. This rumor was created apparently by Sebastian Gorka, a well known political pundit. However, this has been denied by Proton as having never happened. At this time, it is unknown where Gorka came up with the reasoning for saying this in a “Tweet” over on Twitter. At least one person contacted Proton directly and asked about it, where this was refuted: I asked Protonmail about Sebastian Gorka's tweet about FBI requesting information on 200,000 Protonmail Accounts, and if they had given FBI my information, and this is their puzzling response - The Great Awakening - Where We Go One, We Go All! and this site also writes about it: ProtonMail Denies Claim That FBI Sought Conservative Users Info

Another “rumor” is that it was built and created by the CIA/NSA or some other US based intelligence collection agency. This too, is untrue. 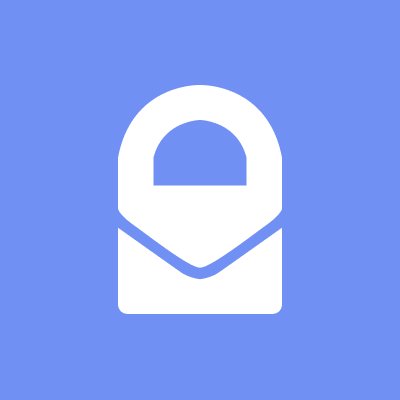 A brief explanation of who owns ProtonMail and where it is based.

“Priate! How can you be so SURE?” you ask. Truthfully, I’m not 100% sure of anything. However, I can be sure that the CIA, while it does have assets in foreign countries, in general, they do not own large corporations - only small fronts. Neither does the NSA. Assets usually are “humans” and small store fronts, things of that nature. After all, the CIA isn’t going to drop mass groups of people in any one area, it’s dangerous, and it’s easy to figure it out for the suspicious population.

What this Pirate is sure of is that nothing is 100% secure, no matter what you do. You can take all the precautions in the world and still have something stolen from you. A company who ensures the encryption of your email from end to end is trying to help your security. If you use a service like ProtonMail it is possible to ensure your mail is secure as long as both parties are using the same mail service, it’s encrypted, and you retrieve it immediately, and delete the email from the server.

This ensures 1) you have removed anything that can be read at the server end (this goes as well for systems like Gmail), 2) it was encrypted end-to-end, so only you and recipient can read it.

This brings me to my true point here.

Do not believe everything anyone tells you. Including me. While this is the most honest Pirate you will ever meet, you should verify even what I say is true. I’ll explain.

For the past few years in the USA, Patriots have been under assault from Leftist groups, communists, called names, lied to constantly by the Main Stream Media, attacked for our views, taken advantage of by politicians, told we’re criminals, don’t pay enough taxes, screamed at over who we chose to vote for, and even blocked on Facebook and other Social Media venues by our own family members.

It is best we don’t trust everyone. However, there comes a time when we must band together and do things for ourselves, and help others. While you can trust me, read the links I gave you for yourselves.

Now, I will tell you another secret. There are many ways we can and should band together, including the whole FOSS thing, but we should not trust random people telling us something isn’t good for us, when it is, because this secret is important, listen CLOSELY.

There are agents of “Evil” out there - no, not spirits and demons, but humans who are using the exact same things we are starting to use (FOSS, Linux, Proton Mail, Signal messaging App and so forth) but they do NOT WANT YOU USING THE SAME TOOLS.

It is good for them, but not for you. It helps keep you separated from your friends, family and allies. It keeps you disconnected. It keeps us all disorganized. You see, these “agents of evil” are more organized because they help to keep US disorganized.

You again, do not have to believe me. Open your eyes and look around you, listen to what “they say” and take every word with a grain of salt - including mine. I want you to think. I want you to listen. I want you to learn. I want you to become a Warrior in the Ways of Intelligence (collection). Just don’t believe every thing random individuals come into the chat rooms, or forums and say without vetting the information.

In another article soon, I will discuss something called “Critical Thinking” and how it applies to us all.

I’ll conclude with one more link, an image of a screen shot I took on Twitter, which I leave for you to read at your leisure along with a second screen shot and please realize how we’re being played. Make sure you look closely at the image and read it carefully. The Left wants you to NOT have the same TOOLS they use. Remember that. 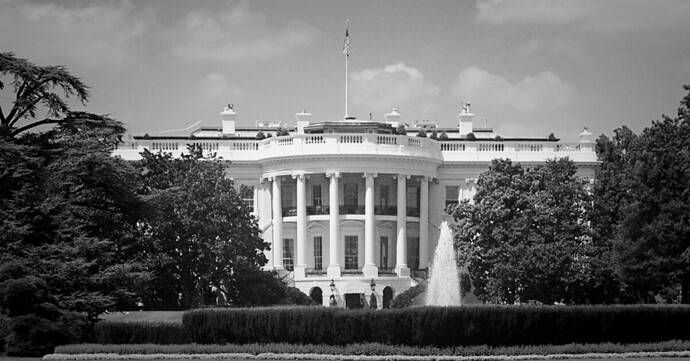 Like many of you, we have seen the story this weekend where it was revealed that ProtonMail was being used by White House staff. 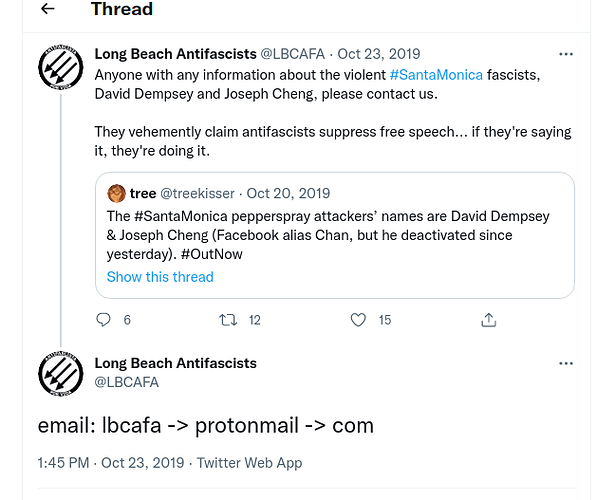